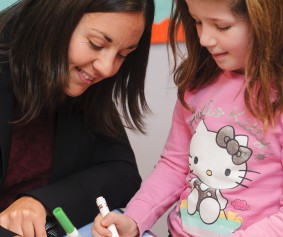 This weekend Kezia has focused on the charitable status of private schools, and wrote about it in her Daily Record column.
Picture a charity. Save the Children? Yes. Fettes College? Pull the other one. That’s why I’ve said this weekend that I think the Government should scrap the charitable benefit of private schools. That’s right, the great private schools of our nation which turnout most of our judges, a decent chunk of our politicians and other established elites get tax breaks to do exactly that.
Let’s be clear from the off. I’m not against private schools, I’m against the idea that they should get tax breaks when state school budgets are slashed and teachers are at their wits end.
24% of kids in Edinburgh, the city i’m proud to represent, go to private school. Why? Because they’re parents want the absolute best for them and are in a position to pay for it. Good for them. But that doesn’t mean that the taxes the rest of us pay should be used to subsidise the huge advantage a private education gives them.
The Scottish Council of Independent Schools - the organisation that exists to speak up for private schools - were quick to get on Twitter and defend their members. They said that if their schools lost their charitable status they would no longer offer bursaries and scholarships to the poorest students. There was me thinking they did that out of the goodness of their heart - not because the rest of us having been paying for it.
The other great scary story is that if you take their charitable benefit away, all the private schools will shut down tomorrow. The state system will be flooded and we wont be able to cope. Our streets will be awash with kids in blazers dragging satchels behind them.
Surely we can all accept that if we’re serious about crusading against inequality in the state education system, it would be hypocritical to sit back and say nothing about private schools.