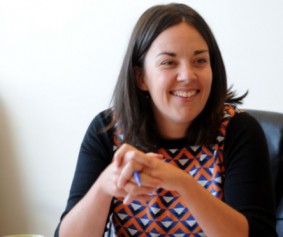 Almost three quarters of Scottish Labour’s Parliamentarians have thrown their support behind Kezia Dugdale’s campaign to be the next Leader of the Scottish Labour Party.

On the day that nominations officially open, Kezia Dugdale has received support for her leadership campaign from six more MSPs, joining Scottish Labour’s MEPs and MP, and securing the support of 73% of Scottish Labour’s elected members across three Parliaments.

Ms Dugdale announced that her campaign will be co-Chaired by Neil Bibby MSP and Claire Baker MSP.

‘I am proud to join so many of my colleagues from across the labour movement in backing Kezia Dugdale to be the next leader of the Scottish Labour Party. It’s without question that Kezia is the future of Scottish Labour, with the skills to unite our party and make sure we’re ready for the challenges ahead.’

“The Scottish Labour party needs a leader who can win back the trust of the people of Scotland. We need to look to a new generation and have a single focus - securing a more equal and socially just Scotland. Kezia works day in and day out to achieve this and she is without doubt the person for the job.

“It’s an honour to have secured the support of 30 of Scottish Labour’s 41 parliamentarians on the day nominations open.

“We know politics in Scotland has changed fundamentally and the Scottish Labour Party have only one chance to get it right.

“But this Leadership election isn’t just about transforming Scottish Labour, it is about stepping up and regaining the trust of the people of Scotland.

“My campaign will be reaching out to people whose support Labour has lost, and those who’ve never voted for us before - because our values are as relevant today as they have ever been.

“Scottish Labour has been the insurgent force before, pushing back against the political establishment and winning great victories and profound social change. To win, we must adapt to new challenges and opportunites, and new barriers to progress. As Scottish Labour Leader that’s what I would work for every single day.”

Kezia Dugdale has received the support of six more MSPs:

They join the nominations of:

The timetable for the election of a new Scottish Labour Leader and Deputy Leader is below:

Last date to join as member, affiliated supporter, or registered supporter, in order to vote in the Leadership ballot.