5 Years of the Tories 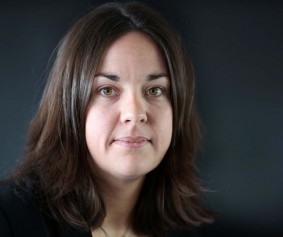 In Kezia’s Daily Record column this week she looks at the Conservatives track record in government.

We are all in this together. That’s what David Cameron and George Osbourne said when they took the keys to Downing Street. They were a different sort of Tory. Younger, more compassionate. Then they started to govern.

5 years on and just days before the Prime Minister goes to the Palace to ask Her Majesty to dissolve Parliament and call the election, we have a moment to reflect on what has passed and what might be ahead.

Thousands of column inches will be spent dissecting the Tories term in office. Hours of analysis on the airwaves are promised this week but forget all that and ask yourself this. Are you better off than you were 5 years ago?

The answer for the vast majority of working people in this country is a big fat no and the facts back up the feeling.

Far from all being in this together, the Tories have run the most devisive, elitist and punishing government since, well, err, the last Tory Government.

Two industries that have boomed under this Tory Government? Payday lenders and food banks. What a dismal record.

This is a Government comfortable with food banks and bankers bonuses. A Prime Minister who said Yes to the bedroom tax but no to a mansion tax. A chancellor who cut taxes for millionaires and asked millions to pay more when he raised VAT.

And when it comes to worker’s rights, they believe in zero hour contracts and the insecurity of work because it keeps firms nimble. They believe in low pay because they think that’s how companies succeed.

They’ve built an economic recovery on low wages and low skill jobs and the working poor are a product of this system by design.

It’s 2015 and this decade is at a crossroads. Do we want 5 more years of the Tories, so they can finish the job they’ve started. Or do we want to take a different path. One built on fairness and opportunity. A story that starts with the simple truth that if working people succeed our country succeeds.

A Labour Government led by Ed Miliband will do just that. One that will end austerity by investing in working people. An £8 minimum wage, and end to exploitative zero hour contracts. A guaranteed job for young people paid for by bankers bonuses just one example of where we’ll ask those with the broadest shoulders to bear more of the burden.

We were never all in this together, but together we can kick the Tories out in May.

Everyone got it wrong on oil. That was as close to an admission of mea culpa that Nicola Sturgeon could muster at this week’s First Minister’s Questions. However meek the apology, it was long overdue because the figures weren’t just a wee bit wrong. It wasn’t a case of “this suits a bit nippy around the waste”, or that “there’s a touch to much salt in that soup”… This was the First Minister who just 12 months ago was promising a second oil boom.

The Scottish Government’s predictions about the tax revenues that would flow in from the North Sea were so spectacularly wrong, the impact on Scotland would have been devastating for jobs and public services, were it not for Barnett. That magic formula that pools and shares resources across the UK. The formula that sees each Scot benefit from £800 more in spending than we pay in tax. The formula the SNP want to scrap.

The SNP are going in to May’s election campaigning for full fiscal autonomy for Scotland. That means Scotland having power over everything except defence and foreign affairs but it also means Scotland only spending the taxes that are raised here. It’s a big farewell to the principle of  redistributing wealth from London and the South East north of the border.

The Institute of Fiscal Studies last week reported that if the Barnett formula was scrapped, Scotland would lose out to the tune of £7.6 billion - that’s well over half of Scotland’s entire health budget. Take £7.6 billion out of the economy and you can kiss goodbye to over 100,000 jobs according to the Government’s own modelling. Devastating numbers.

So our First Minister can argue that everyone took a punt on future oil revenues, but she was the only one banking on a oil boom that’s sadly gone bust.

The scandal of low pay

I ve written in this column before about the scandal of low pay. 400,000 Scots earn less than the living wage and 2/3s of them are women.

I’ve argued that we should use the buying power of government to end the scandal of poverty pay. So everytime a government department or quango tenders out a contract for services, cleaning, catering, whatever it is, the contract demands that the staff delivering the service get £7.85 an hour as a minimum. That would make a big difference and is a good way to get extra bang for government bucks.

Truth be told though, the vast majority of people on less than the living wage work in the private sector. So we need an answer for that as well and Labour have found it. We’ll give a one year tax rebate to small and medium sized companies that lift the wages of their staff up to the living wage. If all companies did it, it would be a huge boost for good business as well as justice for low paid workers

I’m utterly astonished David Cameron hasn’t been papped with someone in a chicken costume yet given his shocking attitude to the TV debates.

At least we finally have an agreement now with the first big moment of the election being served up this Thursday. David Cameron and Ed Miliband will be there - but instead of going head to head, they’re going back to back. Each taking their turn to be grilled by an audience and Jeremy Paxman.

How David Cameron can justify being in the same room at the same time as Ed Miliband and still refuse to debate him is beyond me.