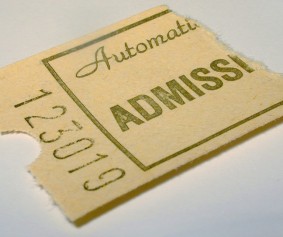 The Six Nations is a major event in Scotland’s sporting calendar, and we are all #backingblue. But could you afford to buy a ticket online at 35 times face value prices?

I call on the Government to challenge ticket touting. It is not only frustrating and expensive for fans, it is a danger for the clubs and venues.

Six Nations tickets were originally available from £55. They are being resold on secondary site Viagogo for between £369 - £1,499 a ticket with booking fees between £55 - £225.  With tickets for the final of the Rugby World Cup, which doesn’t start till September, ranging from £150- £715, but are already being offered on secondary sites for over £1,100.

The Culture Secretary Sajid Javid says he ”has no problem” with the sites and last month the Tory led Government refused point blank to back measures to address this issue.

The Culture Secretary said “There’s nothing wrong with a healthy second market.” I say that only the touts are benefitting from this market, while fans and venues suffer. Ticket touting is estimated to make organised criminal networks £40million per year – and the Tories want to applaud this.

Labour is backing the ‘Put Fans First’ campaign. Having such high prices for major tournaments like this – as well as other events such as concerts – is not on. It’s time for a change.

I support my Labour colleagues in the Commons and urge the Government to listen to fans, sports bodies, musicians, performers and the House of Lords who have all called for action to identify and tackle those selling these tickets at such extortionate prices. It’s time we kicked the touts into touch!