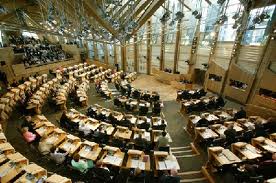 Kezia recently spoke in the Scottish Government debate on the Time to Shine Youth Arts Strategy. You can read her contribution below, and the full debate here.

Kezia Dugdale (Lothian) (Lab): I welcome the opportunity to contribute to the debate.
This time last week we were debating the youth work strategy. As I prepared for today’s debate I reflected on the degree to which the two strategies are interlinked. There are references to the arts in the youth work strategy, but it is worth reminding ourselves how much of the work on youth arts is done by youth workers and community groups throughout the country. We should place a high value on such work.

At the most recent portfolio question time on culture, the cabinet secretary might remember my questions to her about support for piping in Scotland, which is mentioned in the motion. There is concern, certainly in Edinburgh, about the extent to which young people can learn the pipes, through music tuition in schools or through community groups, because the instrument tends not to get support from public funds.

Parents have expressed concern to me about the impact of that on our cultural heritage. For example, it might be harder to find pipe bands from state schools to play at the Edinburgh tattoo. The cabinet secretary will be aware that many of the categories at the recent Scottish schools pipe band championships were won by private schools. There is a feeling that if we are not careful only private schools will be able to offer piping. It would be a great shame if we allowed that to happen. I urge the cabinet secretary to look at the issue.

Parents are also concerned about how willing music teachers in schools are to let pupils pick the pipes as an instrument, as part of their Scottish Qualifications Authority exams. Parents say that there is a degree of snobbishness about the pipes, which are not seen as a classical instrument, given that much music tuition is geared towards playing in orchestras. I encourage the cabinet secretary to speak to her education colleagues about that. If she can give members an update on the situation, I would very much welcome that.

I have another ask for the cabinet secretary. My constituents come from various parts of Edinburgh. Will she meet me and them, to discuss what they think the Government could do on the piping agenda? They have what they describe as a pipe dream, in which every child in Scotland has the right to learn the pipes. I very much support and agree with my constituents, and I would like to bring them to meet the cabinet secretary, if she is willing.

That leads me to the wider issue of music tuition in schools. I am sure that the cabinet secretary is familiar with the Scotland on Sunday let the children play campaign, which did thorough work on the cost barriers around tuition and instrument rental. I would like to hear more from the cabinet secretary on what she is doing with Alasdair Allan, who I understand has ministerial responsibility for music tuition, to progress the issue.

Colleges have been mentioned in the debate a couple of times. Given that the opportunities for all agenda forces our colleges to focus on 16 to 19-year-olds, colleges’ role in the youth arts strategy is ever more important. I want to talk about a couple of aspects of that.

The cabinet secretary will be aware that colleges provide a lot of courses and support around the technical skills that support the arts, particularly in relation to sound, lighting, film and so on. She will also be aware that those courses tend to be the most expensive courses for colleges to put on, perhaps behind only mechanical engineering, the costs of which are a little bit higher. Because of the core costs of those courses, it is easy for them to be cut and for the number of courses that are cheaper to run to be increased in order to produce the overall effect that the number of student places is being maintained at the same rate. I urge her to look carefully at the impact of the college cuts agenda on skills and the courses that are available in the creative sector.

Some excellent work is going on in our colleges, and it is important to highlight that. I encourage the cabinet secretary to look closely at what Edinburgh College is doing. She might know that it has three artists in residence at the moment: one film maker, one photographer and one artist. The film maker is a guy called Garry Fraser—I think that the cabinet secretary has met him—who recently won a Scottish BAFTA for his film work. He is from Muirhouse in Edinburgh and accessed college as a pathway out of addiction. Not only is he making groundbreaking, award-winning films; he is working with some hard-to-reach young people in Edinburgh, giving them the confidence and self-esteem that they need to access education and progress with their lives. That work should be particularly valued.

On Friday, Edinburgh College held a creative industries employability day and devoted the whole day to encouraging young people to consider the career opportunities that they could access in the arts. The college held seminars on how to work as a photographer, the events industry, the organisational versus the technical side of events, community arts, interactive media and freelancing in the music industry, which covered the core skills that could lead to future educational opportunities for our young people.

This week, Creative Exchange, which is a partnership between Edinburgh College and the City of Edinburgh Council, was nominated for a Scottish business award for the work that it is doing in providing a state-of-the-art space, resources and business support for entrepreneurs and people who are interested in running a business in the creative industries. It narrowly missed out on that award, but in the first year of that organisation’s existence it is a great achievement to have made it on to the Scottish business awards shortlist. We should welcome that.

All those are wonderful examples of work that is going on in our colleges against the backdrop of the Government’s college cuts agenda. I do not know whether the cabinet secretary is aware of this, but, this week, Edinburgh College announced that it is going to have to make 70 voluntary redundancies between now and November. On the one hand, all that wonderful work is going on, but on the other hand, the college is going through a terrible time, there is really low morale and it is having to cope with redundancies that have been forced on it by—I am sorry to say it—the Government’s focus on higher education at the expense of further education.

Fiona Hyslop: The matter is a responsibility of my colleagues in the Government but, as the member will know, we have managed to maintain the budget for colleges that we inherited in 2007. That is remarkable, bearing in mind the cuts that we have seen across the Government because of provision in the Westminster budget. Such debates are being repeated, but she must acknowledge that.
Kezia Dugdale: The cabinet secretary says that the amount of money that is going to colleges is the same as it was under previous Administrations. How, then, can she justify the fact that there are 140,000 fewer students studying in our colleges than there were in 2007? There are also 93,000 fewer women studying part time. Since the Government has been in power, almost 250,000 fewer people have been able to access further education opportunities. The cabinet secretary is shaking her head, but that is the reality of the figures that have been published by the Scottish funding council—they are not my figures; they are the Government’s figures. She shakes her head, but she needs to look at the detail and accept the reality of what those figures tell her.

I close by mentioning community arts—in particular, Craigmillar Community Arts. I invite the cabinet secretary to come and see the drammie dodgers on a Tuesday night, which puts on work specifically for 8 to 21-year-olds. There is intergenerational learning and loads of people in the Craigmillar community come together to develop their drama skills. It is a really positive bit of community development work and I encourage the cabinet secretary to attend. 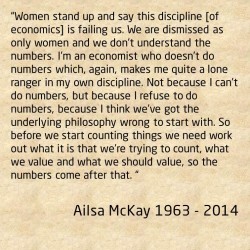