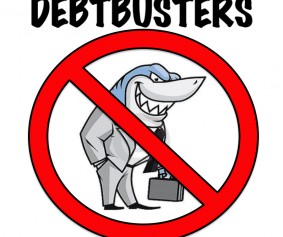 Scottish Labour‚Äôs Kez Dugdale has accused the SNP of hypocrisy on payday loans after it emerged Enterprise Minister Fergus Ewing described them as ‘fair and transparent‚Äô.

The First Minister claimed today (SUN) in an interview that he would tackle payday loans if Scotland was independent.

But so far his government has refused to take any¬Ýaction. Payday loans campaigner Kez Dugdale is now calling on the First Minister to take action now.

“Clearly the First Minister didn‚Äôt check with Fergus Ewing before he belatedly joined the campaign to tackle the scourge of payday lenders.

“When I pressed the Scottish Government to act now to curb payday lenders, I was told they were legal, fair and transparent. But now the First Minister claims he will take them on after independence.

“This is classic hypocrisy from a party content to to use people‚Äôs misery to engineer an constitutional argument rather than act now to help them. We have a First Minister more concerned about chasing referendum votes or grabbing headlines than taking the responsibilities of office seriously.

“Whether it be through the planning system, funding credit unions as an alternative or better public information through the government‚Äôs own advertising budget, Alex Salmond could act now on payday loans. It‚Äôs time he matched his words with action.”